The Federal Open Markets Committee of the Federal Reserve System (the US Central Banking System) raised the official cash rate in the US for the first time in almost ten years in mid-December. The impact of that increase can be seen on Chart 4 below.

Clearly the US Treasury note and Libor markets had been expecting the increase from the start of the second half of 2015, and while the increase didn’t come in September as expected, the markets shifted their expectations to December. Following the increase, the spread between three month Libor and Treasury notes continued to widen until the end of December but then declined and plateaued as the Fed’s promise of four rate increases to come began to be discounted.

The chart shows that those same expectations were reflected in the domestic three-month overnight index swap and bank bill rates.

However, these developments had less impact on longer term domestic government bond rates. Chart 6 illustrates that 3/10s bond spread has been steadily declining since mid-2015. 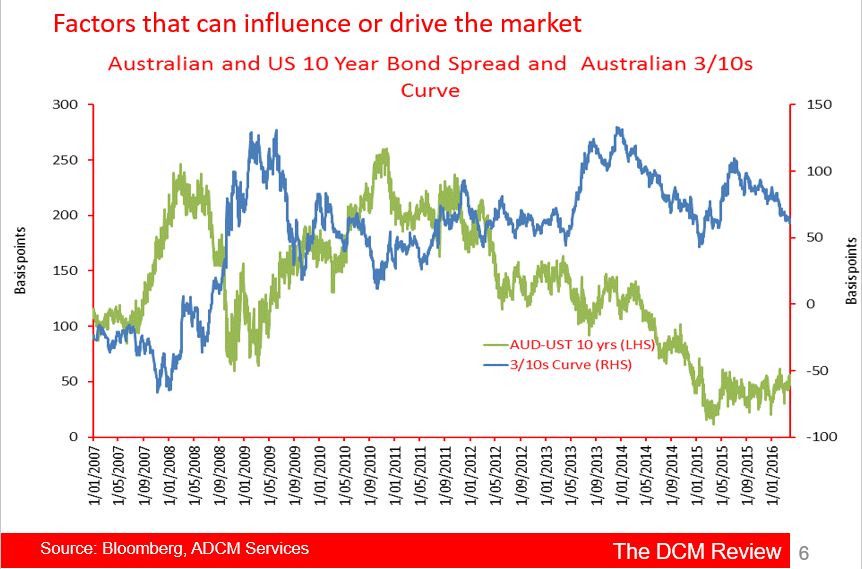 This trend reflects falling ten year yields more so than rising three year yields. The market is pricing in lower rates for longer. 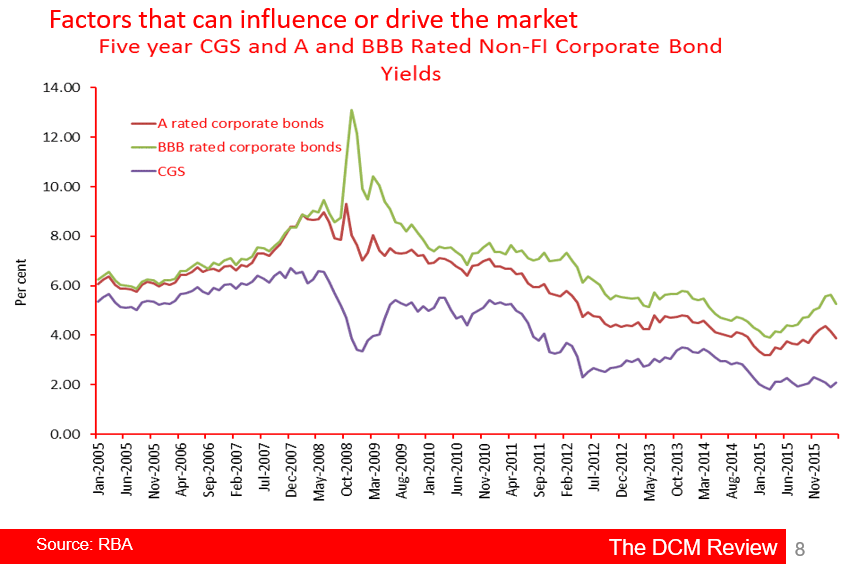 These movements are also evident in Charts 9 and 10. 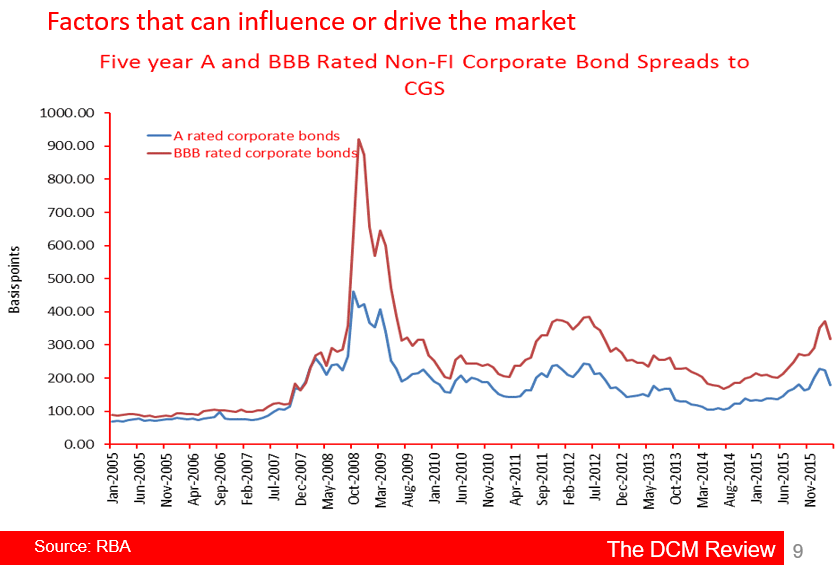 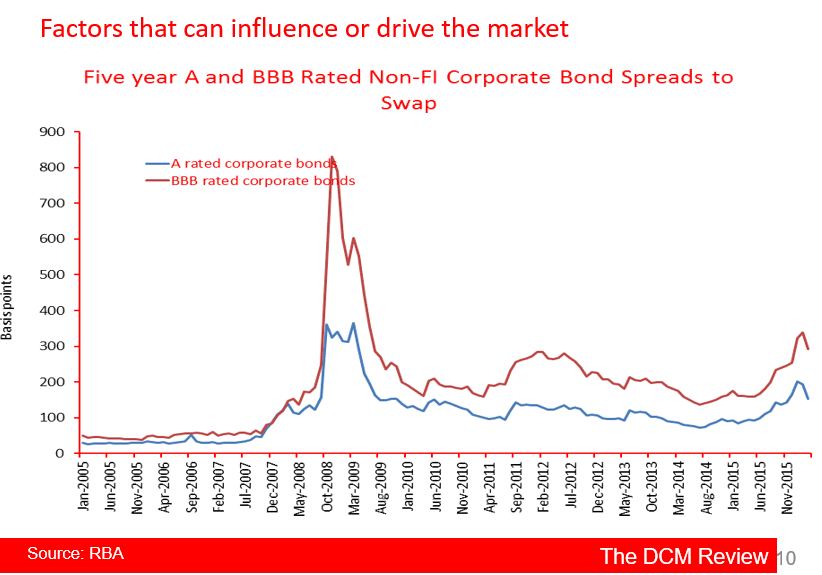 Contact us for a copy of the March chart pack.

Philip Bayley - Philip is the Principal of ADCM Services, publisher of The DCM Review an independent online commentary, analysis and data on Australia & New Zealand's debt capital markets. He is also a contributing editor to Banking Day and a director at Australia Ratings.